Since every small town that is a small town around here seems obligated to host a festival as an excuse to draw all the local people from near and far to come in to town and remember all the reasons they got the hell out in the first place, I knew even this place would eventually have its day.

The city people have spent the last week busily making preparations, sweeping the streets and emptying the trash bins, setting out cones and putting up barricades. I’m told they expanded it this year; it was pretty impressive for a town this size. They integrated a lot of see and do, car show, vendors, parade, but there could have been more… Beer tent. Street dance. Music. I keep making the mistake of calling it the Canoe Festival, which makes the natives a little edgy, “Canoe RACE” they tell me.

I smile, “Sorry, my bad.” They are proud to host it. Who could blame them? The healthy gems of our society, sweaty and scantily clad, line up in carefully placed columns and rows on a downtown cross street that slopes gently to the river. At 9:00 the cannon goes off, they all pick up their canoes, and run for the water.

I know the guys in the picture look like the losers due to being at the end of the mad scramble for the river, but really they did well in the preliminaries and therefore are placed in the back because all the people who suck get the first shot at getting into the river. Just like in real life. And though, a portion of me was hoping there would be some mosh pit style pushing and shoving and knocking over your neighbor with your canoe, (heh) they were all polite and well behaved while vying to get their boat in the water quickest.

Notice also, in the picture the rosy hued sky is the SUNSET. That’s right; these brave souls go canoeing 120 miles, 19 non-stop hours, through the night, with a mag-light fastened to the front of their canoe… I think I’m in love. And God bless them, especially the bad ass ones who throw their canoes up on their shoulders and high step it through the maze of stumbling boaters. The race attracts competitors from across the country and around the world apparently as well as local enthusiasts who have a little edge because of the obvious- the ability to be familiar with the river. You can track their grueling progress online at The AuSable River Canoe Marathon.

Eleven hours later, the streets are again filled with spectators for the Black Bear Bicycle Tour which ends 100 miles, and at your own pace, in the same small town as the Canoe Marathon, who are of course having their own annual festival. I didn’t wake up as early as usual this morning and was disappointed that I did not get to see my town filled with bicycles, because even the idea of it makes me giggle just a little. Apparently, they do not line them all up and let them take off like they do the paddlers. They used to, but it caused accidents, multi-bicycle pile ups due to the pandemonium caused by everyone trying to mount their bikes and lead the pack. That image made me giggle a little as well.

I liked seeing all the people out on bikes this weekend, I like being one of them. I hope to see more people riding, simply because it feels good. Good for your body, because it is fun, easy, exercise, and for your head because you have to pay attention. Good for the planet, because seriously, you do not have to drive your fucking vehicle everywhere you go. Good for your soul, because it is dangerous, and it makes you feel alive!

So this lazy place where I ride my bike around the back streets and down town sidewalks and rarely pass a soul has been inundated with crowds of sweaty sight seers (people walking are worse than cars about jumping out in front of bicycles). The coffee shop is full of strangers. The Library is closed on Saturday. The local pub has lines of thirsty travelers behind each bar stool as though waiting in a grocery queue when all you want is a cold beer while a tent city of merchants attempt to peddle their food and wares to the passing crowd. The roads are full of cars driving while the passengers play with cell phones seeking out the next stop in their excursion.

It will all be over soon, already the trash bins which were overflowing last night are tidy and the barricades are mostly put away. That is the way with these festivals; you have all the magic of Disney World right outside your door, but just for one weekend. (Ok, maybe not *all* the magic.)

But there was enough magic for the river to roll in this lovely band of Burly Pirates.

The beautiful and gracious Bayside Bombshells Burlesque Troupe volunteered to do a benefit show for a local women’s charity that I have been trying to arrange. The opportunity presented itself to get them a place in the parade, so we just went with it. Then a pirate ship presented itself, so they went with it. These lovely ladies (and some gentleman too) have formed this troupe purely for the love of the art of burlesque and the enjoyment of entertaining others. Though they have day jobs to support themselves (knowing what I do about hobbies, everything extra goes into what you love) they graciously took on doing this show, and literally went the extra mile to walk in the parade and make themselves known. In person, they are cute, funny, smart, sexy, tough, and absolutely breathtaking. I was honored to have them stripping down on my lawn and drinking lemonade on my front porch afterward. 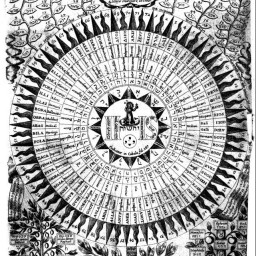